What is Unexplained Wealth and the law?

Unexplained wealth are government regulations imposed on an individual who lives beyond their apparent means. These laws require an individual to justify the legitimacy of their financial circumstances. Basically, these laws were mandated in order to dissuade crime, especially organised crime, by way of reducing the profitability of illegal activities. 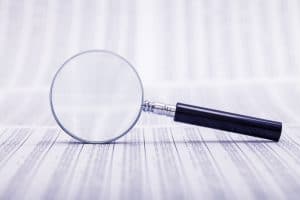 Kingston & Knight Audit has been providing professional service and advice regarding the audit of  unexplained wealth,  and are the experts to call when you need an expert consultation, analysis and report. For more of our services, please give us a call at 03 9088 2242 or leave us a message.

Kingston & Knight Audit is a Melbourne, Brisbane, Sydney, Gold Coast, Adelaide, Tasmania, Perth based Audit and Advisory firm with over 40 years collective experience working with individual clients, small, and medium sized businesses. We are passionate about bringing the best outcomes for our clients.

Proudly servicing the city of Melbourne

Development and SEO by Business Cherub